Growing Together in Autumn 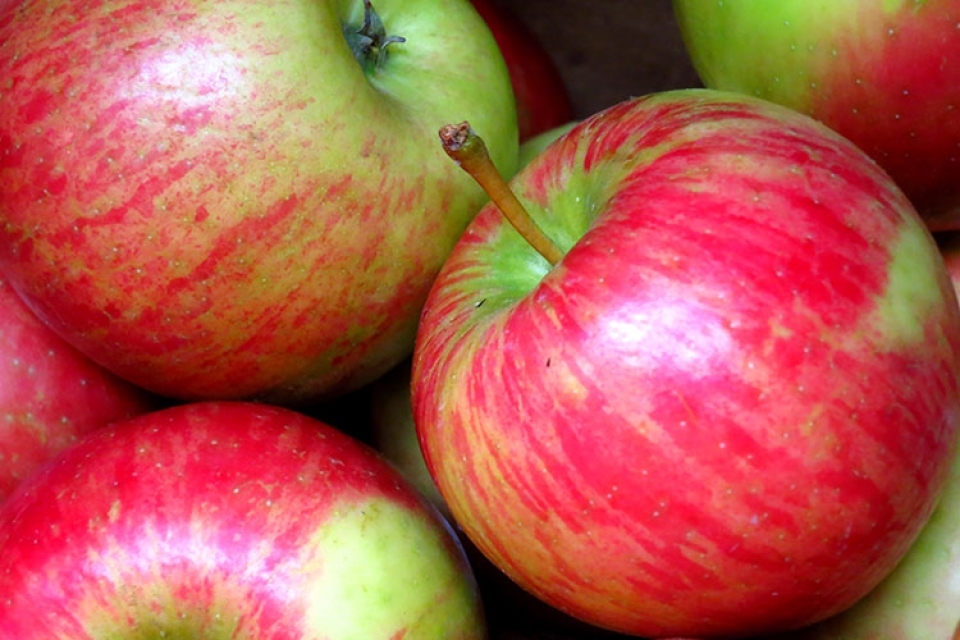 How lovely is it that Fall has finally arrived? The recent and temporary return of summer temperatures were indeed a pleasant surprise, especially as it extended the availability with some of our summer produce. However, I am happy to now have the cooler weather as we make the transition at the Co-op to fall produce and products along with the breathtaking change of the foliage and landscape. Those vibrant colors are always so magical to see and how I just love going out and leaf-peeping!!

First and foremost, thank you to everyone who joined us for the Annual Member Meeting on September 26th. Our second year at ECHO, we had over 500 Members in attendance and really appreciated your many positive comments ranging from the tasty food and welcoming atmosphere to improved space and acoustics for the presentations. Our staff plans so diligently and it is always fantastic to see their efforts pay off! If you missed the informational part of the meeting or want to review any of the six Board candidate statements, you can watch the video on our website. Remember that voting for your Board of Directors is one of the simplest ways to effect change in the store that you own. Please exercise your right to vote by October 21!

For a variety of reasons, the month of October remains a very special time for us at the Co-op. October is, it is National Co-op Month so we reflect on the many ways cooperatives help to build stronger communities and more resilient local economies. This year’s theme is “Co-ops Commit” which encompasses a variety of areas of the commitment to the Community, Impact, Sustainability and even to Kindness.

Since 1930 cooperatives have celebrated the benefits of being Member-owned and governed, rooted in principles such as Community, Voluntary and Open Membership, Economic Participation, and Cooperation, to ultimately serve the needs of the community. Today, we have more than 30,000 cooperative organizations and businesses in the United States ranging from food co-ops, farmer co-ops, worker co-ops to credit unions, housing co-ops and energy co-ops. One in three people nationally is a member of at least one type of co-op, generating more than $650 billion in annual sales and other revenue resulting in the creation of 2.1 million jobs.

In the New England and New York region alone, the Neighboring Food Co-op Association represents and supports more than 35 food co-ops and start-ups, including City Market, that are locally and collectively owned by more than 130,000 Members. Together, these co-ops provide good jobs for over 2,000 people, generate revenues of more than $315 million, and purchase more than $60 million from local producers each year.

October is also Fair Trade month which aims to raise awareness of the reasons why fair trade is important. As you may know, Fair Trade is a transparent trading system that supports sustainable livelihoods primarily for small and disadvantaged cooperative farmers and producers and their communities in developing countries. The system works to ensure fair prices, good working conditions, and long-term partnerships to fight against poverty and exploitation, climate change and the economic crisis. Here at the Co-op, we support and have over 300 Fair Trade items represented through bananas, avocados, flowers, chocolate, coffee, tea, sugar, soap, shampoo and many others. These items have various Fair Trade certifications that guarantee your purchase helps improve the lives of several million small scale farmers and producers and their communities around the world.

October is also the month we’ve chosen to launch our Member Loan Campaign as we’re less than two months away from opening the South End store. This is the first loan campaign we’ve embarked upon since 2002, when 54 Members loaned their Co-op almost $378,000 to support our move Downtown. Our goal is to raise $1.5 million in the six weeks leading up to the South End store opening. We’re asking you to invest in the success of the Co-op as we take this next step to meet your needs and the needs of the greater community. These are loans, not donations; it is an investment in a successful local business that you already partly own and fully believe in. If you would like to receive more information about our Loan Campaign and how you can support our future success, please reach out to Allison Hope, our Director of Community Engagement, at ahope@citymarket.coop. It will take the energy and efforts of all of our Members, just like you, to make this campaign successful!

As always, thank you all for your unbelievable support and Membership as we make every effort to listen and serve you, our Members and the broader community.  We’re looking forward to seeing you at the Co-op!