Last week, I sat down with our South End Prepared Foods Buyer, Ashley Nunez to hear about her experience at the Food Tank Summit in New York City. Ashley attended this summit in October through a scholarship program created by the Vermont Fresh Network (VFN). The VFN Conference Program is “designed to help chefs, farmers, food producers, and others working in our local food system attend important conferences beyond our region, and to share what they learn…Our goal is to connect Vermonters to national networks and also strengthen learning and professional development networks back here in Vermont. Award recipients will share what they’ve learned at the conferences through an event or project of their choosing (for example, special  dinners, networking events, workshops, special menus, hosting speakers, etc.).” 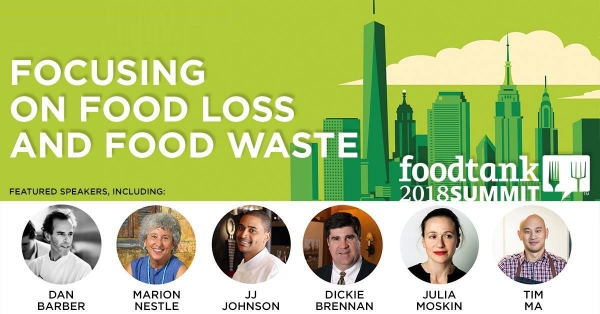 As part of the conference scholarship, Ashley created a breakfast sandwich inspired by the summit that is available at our South End store for a limited time. The sandwich utilizes food and products that traditionally make their way into the waste stream but were instead repurposed into a creative offering. This chicken chorizo breakfast sandwich is served on Miss Weinerz bread made from spent grains (a byproduct of the brewing process) from Zero Gravity Craft Brewery. The chicken chorizo is house-made from chicken trim and is served with pickled green Italian frying peppers from our friends over at Pitchfork Farms. It’s topped with green tomato ketchup from end of season tomatoes from Pomykala Farm. Who knew “food waste” could taste so good? 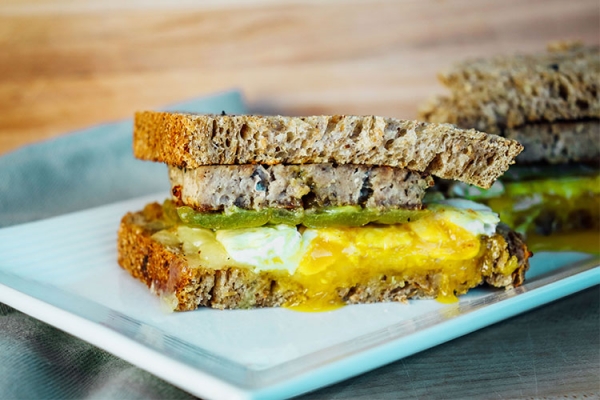 At the summit, Ashley heard from industry leaders like Dan Barber, Marion Nestle, Sheryll Durrant, and even Questlove! All three panel discussions revolved around addressing the issue of how restaurants and food businesses deal with food waste on a larger scale. Ashley heard from businesses as large as the Marriot hotel chain and Pacific Foods to smaller restaurants based in a number of U.S. cities. 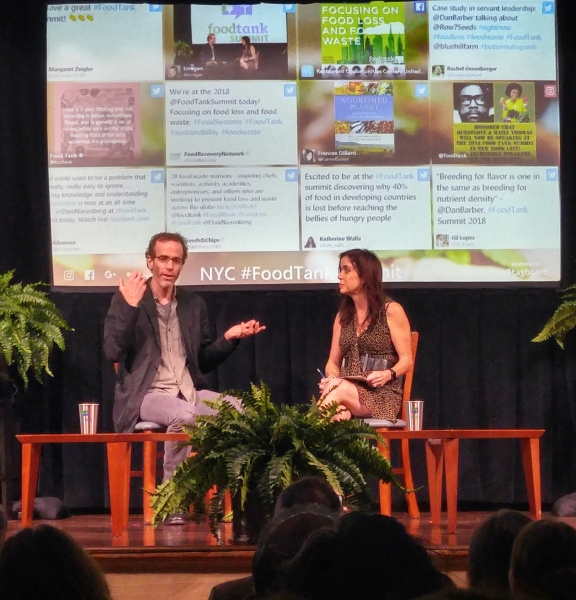 One hopeful takeaway in light of the dire state of food waste in our country (the NRDC estimates that more than 40% of food is wasted in the U.S.) was that Ashley felt like here in Vermont, we were ahead of the curve on things like composting and establishing food recovery streams. Here at the Co-op, Ashley was excited to share that our Prepared Foods department will be launching a software called Leanpath which is used to weigh and log food waste. As Ashley noted, this system will help us to pinpoint where there are issues and create a sense of accountability. We’ll use it to log how much food is being composted (recognizing that while composting is better than sending food to the landfill, we’d still like to see that food going to people). Chittenden Solid Waste District’s Food Waste Hierarchy (pictured below) is a great resource for thinking about prioritizing. 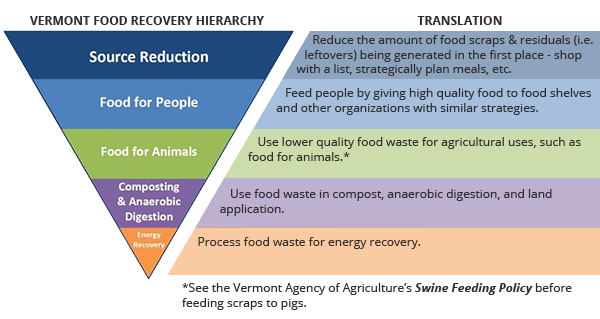 One other initiative that Ashley was inspired by at the summit was on-farm gleaning efforts. This ancient practice is receiving renewed attention in light of education around food waste. Gleaning offers an opportunity for volunteers to harvest excess crops from a farmer’s field, often donating these crops to area food shelves or directly supporting free and reduce-priced farm shares.

Our friends at the Intervale Center gleaned over 6,000 pounds of food in 2018 and distributed much of that through their Fair Share program which offers free CSA shares to qualifying community members. This is just one example of the many ways that food rescue and food access can intersect to create a positive impact.

As Ashley and I wrapped up our conversation, I asked if she had any final thoughts. She reiterated her appreciation for the VFN Conference Scholarship program—noting that it provided an opportunity to travel and learn from others in the industry that she may not otherwise have had. A big thank you to Vermont Fresh Network for launching this program—we look forward to hearing from other conference-goers in the future!

Check out these resources below for more ideas on tackling food waste: