A New Direction for Vermont Agriculture

This is a guest post by Jack Lazor of Butterworks Farm. All views expressed in this article are personal to Jack.

Just about every dairy farmer in Vermont will tell you that their industry is in a grave crisis situation.  The experts tell us that our present system of pricing commodity milk from the farm is broken and pretty much unrepairable. There is simply too much milk being produced.  According to the agricultural economists, we are now in a global marketplace and milk prices show no sign of improvement in the near future.  Several well-respected commentators have recently made some pretty radical suggestions they feel will help the situation.  For some time now, James Maroney of Leicester has been pushing for a statewide transition to organic dairy practices as a way to improve water quality in Lake Champlain.  More recently, Roger Allbee, a very well respected former Secretary of the Vermont Department of Agriculture, has suggested that the only cure for the present milk pricing malaise is to move the Vermont dairy industry en masse into the organic sector.  Reactions to these proposals have been rather predictable.  The conventional co-ops that handle the lion’s share of Vermont produced milk are incredulous and dead set against any such change while folks in the organic camp are elated that a former agriculture secretary would recognize the viability and economic advantages of organic farming systems.

Let’s forget about policy proposals for a moment and take a look backwards.  A little historical perspective always helps to guide us into the future.  Farmers have always strived to improve themselves and their practices.  Our present land grant college system was developed late in the nineteenth century to study improved agricultural practices and encourage farmers to adopt them.  The emphasis has always been on increased production accompanied by easier and more efficient ways of doing things.  Everything we now accept as standard fare in dairying has emerged from this system.  The modern milking machine and bulk tank, advances in plant and animal breeding, the adoption of machine power, fertilizers and pesticides and genetic engineering are all products of this system.  Advancement in modern agriculture has always concentrated on yield and quantity first.  For example, the average corn yields in the early 1930’s before the widespread of adoption of hybrids was 36 bushels to the acre.  Today’s average corn yields are approaching 200 bushels to the acre.  The dairy cow that produced 8,000 pounds of milk per year in the 1960’s now produces 18,000 pounds at the bare minimum.  It is now a foregone conclusion that if we don’t produce as much milk or hay as we did last year, we are going backwards. 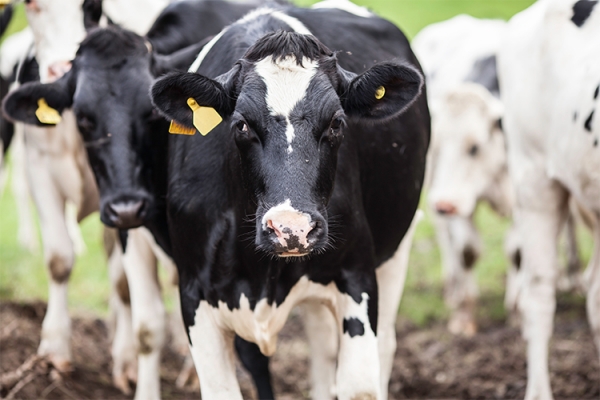 The 1950’s and early 1960’s were watershed years for all sectors of agriculture in this country.  The oil and gas industry that had so successfully developed the production of nitrogen from natural gas for explosives in World War Two, began developing nitrogen fertilizers for use on crops by farmers.  Chemical herbicides now allowed farmers to forget about weed pressure and up the general population of plants per acre.  The result of all these so called “improvements” was increased plenty, inexpensive food and the beginnings of farm attrition and consolidation.  The Vermont dairy farmer who made a comfortable living on a small farm milking 15 or 20 cows into milk cans was rapidly disappearing by 1960.  Milk cans gave way to bulk tanks as the countryside became electrified and roads improved for larger milk hauling tanker trucks.

Fast forward to the 1980’s when Ronald Reagan entered office.  Agricultural subsidies and price supports were slashed leaving all farmers between a rock and a hard place.  Vermont farmers who had just been through some of their most prosperous years in the mid to late 70’s were left reeling in much the same manner as they are today.  It wasn’t uncommon to see announcements for three or four farm auctions a week.  In 1982 and 83, this phenomenon continued for months on end.  The fifty to seventy-five cow farm which once had been the backbone of Vermont agriculture, was no longer viable.  Most of those who remained on the land followed Earl Butz’s advice of “get big or get out”.  Consolidation was the order of the day.  Grab the neighbor’s fields, increase your herd size, build a bigger free stall style barn, install a manure lagoon (paid for by the government) and enter the next phase of dairy farming—industrialized production.  This spiral of rapid growth affected all segments of the dairy industry.  Small milk plants and cheese factories fell by the wayside while the ones that remained gobbled each other up.  Here in Vermont, Billings Dairy from White River Junction purchased Kilfassets in Passumpsic.  Then Idlenot in North Springfield bought Billings.  After a few more years H.P. Hood purchased Idlenot and then Booth Brothers of Barre.  Mega dairies with 500 to 1,000 cows became much more commonplace.  Tractor trailers hauling milk tankers around the countryside became the standard fare.  Everything boiled down to efficiency and economies of scale.  Continued low farm gate milk prices meant more had to be done with less. 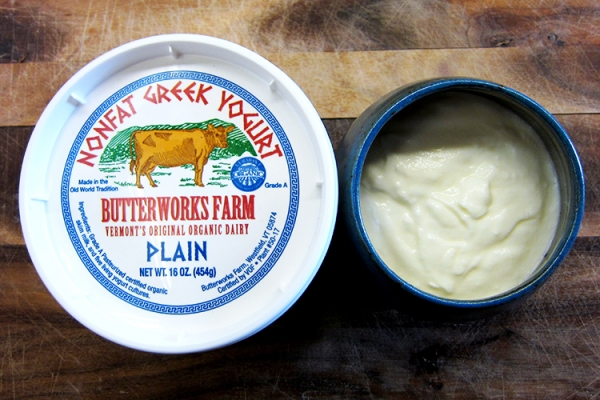 Much to the credit of Vermont’s dairy farmers, they stepped up to all of these challenges and survived.  Increased debt and capitalization costs were necessary to build out the infrastructure of Vermont’s present dairy farming sector.  Not even a second thought was given as farmers adopted this new “better” system of milk production.  Pastures were no longer necessary because cows were now confined in barns standing on cement floors and eating the same feed mix 365 days a year.  Sawdust bedding was eliminated in the modern free-stall because heavily bedded manure would not flow through pumps or store well in lagoons.  Upright silos gave way to bunks and all of a sudden the smell of dairy farms began to change.  The sweet smell of the old fashioned “shit pile” had been replaced by a much more ammonia/sulfide odor that many found somewhat unpleasant.  Box spreaders were replaced by giant liquid manure tankers.  As farmers began to travel farther and farther away to more distant fields, large trucks were now employed to haul silage back to the farm and slurry manure from the farm back to field.  And last, but not least, the labor force on Vermont dairy farms began to change because cash strapped farmers could no longer afford to pay livable wages to the local Vermont workers.  Immigrant Mexican workers replaced the local population all over the state.

So here we are in late 2016.  We have the most efficient dairy farming system that anyone could have dreamed of.  We are making more milk than ever with less inputs than anyone could have imagined was possible.  The machinery used in the production of crops is heavy and gargantuan.  The average dairy farmer is on a dead run all the time because he has so many acres to cover in a very small amount of time.  Dairy cows are being pushed so hard to produce so much milk that the average dairy cow lives only a little more than four years.  Meanwhile, there is so much over supply of milk that it is being dumped back into manure pits by the big handlers.  The saddest catastrophe in this whole story of increased production is the environmental damage that has been caused by the raising of continuous silage corn on the bottomlands of our beautiful river valleys in this state. Lake Champlain and other large bodies of water are loaded with phosphorus which is responsible for the growth of toxic blue green algae in these once serene waters.   Many of us here in Vermont have long thought that because we had dairy cows on our farms, we had a superior system of farming than the continuous corn/soybean production of our contemporaries in the Midwest.  I hate to say it, but we are no better than our cash crop neighbors to the west.  We can ruin just as much earth right here in our own state. Vermont dairy farmers are good people with wonderful families, but we are stuck in a system that is brutalizing the very earth on which we live.

This state of affairs is all taking place as our climate clock is ticking away toward disaster.  It will become increasingly more difficult to live a normal life on this planet and produce food reliably if the climate continues to be as erratic as we have seen it in the last decade or so.  This summer’s drought and last year’s continual rainfall are perfect examples of how much harder it is getting to raise what we need to eat.  We all know that carbon dioxide levels in the atmosphere have increased at unbelievable rates.  What many of us don’t realize is that a lot of that atmospheric “carbon” actually came from the soil because of farming practices like too much tillage and continuous row cropping of corn.  Vermont dairy farming is removing plenty of carbon from the Earth’s crust and we need to find a way to reverse this trend.

I propose that Vermont agriculture find a way to be kinder and gentler to the Earth upon which we live.  We need not all become organic overnight, but we do indeed have to become truly sustainable.  If we can show the rest of the world that we as a state can raise the average organic matter of our farm soils by even as little as one per cent, we will make an enormous contribution to slowing down the climate chaos we have all come to know.  This feat can be accomplished in our present system without major changes to our dairy infrastructure.  Stirrers and bubblers can be installed in manure lagoons to add oxygen to the contents and create a type of “liquid compost”.  Soils with increased carbon content can hold a lot more water in dry periods and wick away the excess water in wet periods.  Healthy soil is a win -win for everyone. 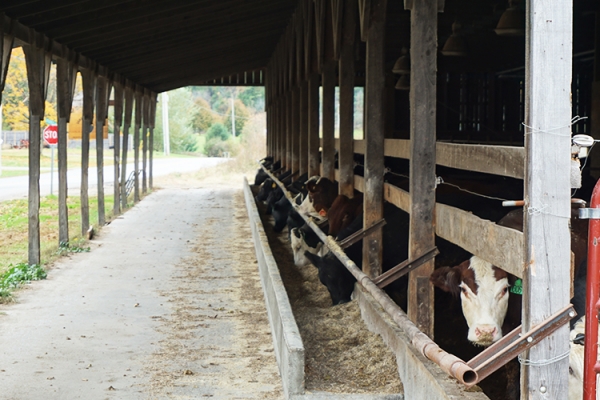 I suggest that Vermont unilaterally declare itself the “sustainable state”.   We are so gung ho about renewable energy.  Why not do the same for carbon sequestration in our farm and forest soils?  It is obvious that federal agricultural policy when it comes to dairying is not working.  There is no will for genuine change on the part of the powers that be.  It is time we took the bull by the horns, reduced cow numbers on our farms, established realistic and doable milk production quotas and set a fair price for ourselves as farmers.  The distant consumer of milk in southern New England needs to know that when they buy milk or a dairy product that originates in Vermont, they are paying extra to a group of Earth stewards who are making this Earth a livable place for their children and grandchildren.

We are well aware that we cannot keep farming the way we do and expect that there will be no consequences, environmental, economic or otherwise.  A meeting of the minds between the conventional milk co-ops and creative climate thinkers should definitely be planned.  Possibly our Department of Agriculture could encourage dialogue for change in the dairy industry.   I would also implore our two gubernatorial candidates to familiarize themselves with the good work farmers can do and lend support to a much needed agricultural renaissance that must take place if we want to survive as a civilization on this planet.