Any warm beverage will go well with these cookies on a cold winter afternoon. Settle in with a plate of snickerdoodles and a cup of coffee or tea, hot chocolate or warm cider. 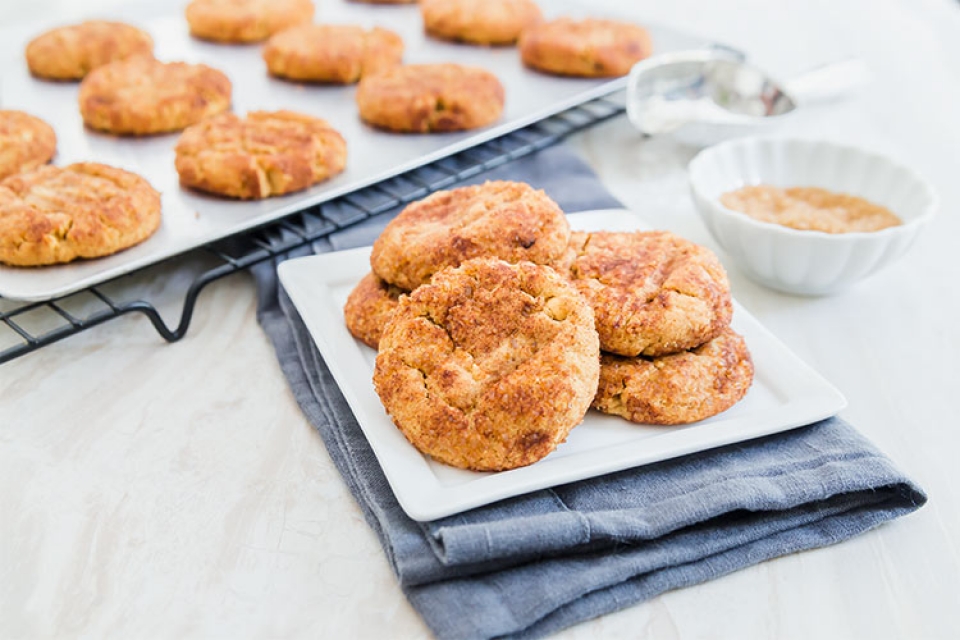 In a stand mixer fitted with the batter paddle, or in a large bowl using an electric mixer, cream the butter. When soft and light, add the brown sugar and beat until fluffy, about 2 minutes. Add the peanut butter and beat to mix; scrape the bowl. Add the vanilla and egg and beat until smooth.

In a medium bowl, stir the flour, salt and baking soda. Then, with the mixer on low speed, stir into the butter mixture. Scrape the bowl and continue until well mixed.

In a medium bowl, mix the sugar and cinnamon and reserve.

Portion rounded tablespoon-sized scoops of dough, roll between your palms to make a ball, and then drop each one in the cinnamon sugar and roll to coat. Place each dough round on the sheet pan, with 2 inches of space between. When all the balls are on the pan, use a fork to gently flatten each one, making a fork mark across the top.

Bake for 9-10 minutes, just until puffed and lightly golden. Cool on racks before storing. Stored in an airtight container, the cookies keep for a week at room temperature.