This project will add a Chicken Collaborative to the existing Pine Island Farm Goat Collaborative in which two New American families currently raise more than 250 goats at the farm. Following the model developed for the Goat Collaborative, this grant will enable the farm to front the costs of starting a chicken operation. The Collaborative would cover all start-up costs and the farmers will raise and sell the chickens, using the proceeds to capitalize the purchase of the next round of chickens. In this way, they will become self-sufficient and able to finance the rest of their operation without further subsidy. 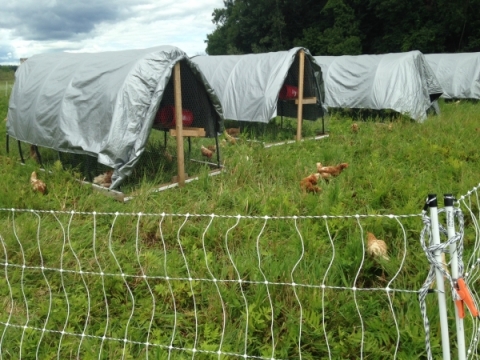 Pine Island Community Farm used our grant to launch our new chicken raising activity at the farm.  We already had a robust goat raising program with New American farmers and buyers and were getting a lot of requests for tough flavorful chickens.  Our Rwandan farm family developed relationships with Besteyfield (Burlington Intervale) and Maple Wind (Richmond) egg laying farms to bring their retired layer hens to Pine Island Farm where they were kept for a few weeks on pasture and then sold to New American families.  People were able to slaughter the chickens at the farm using our state approved custom exempt slaughter facility and return home with fresh chicken meat for supper. 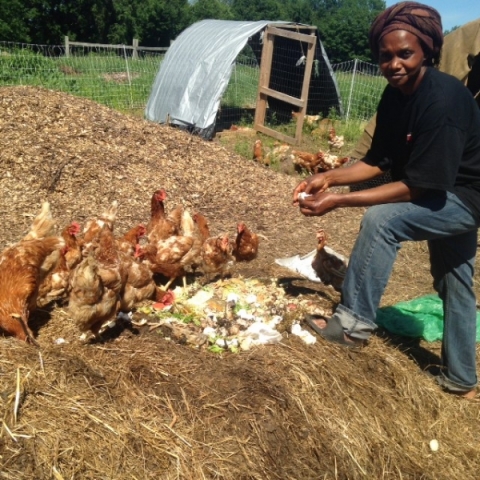 The chicken component has been hugely successful and we are enormously grateful for the City Market support that allowed us to move forward so efficiently.  Word seems to go out almost instantaneously when we have chicken arrivals and within hours people are showing up to claim several birds.  The demand is so high that fewer than we would like end up down on the pastures where they add manure to our fields and “vacuum” up the snails and other parasites that can sometimes cause health issues for our goats.  We have thus far collected and sold more than 600 chickens and expect another sizeable collection in November before taking a rest for the winter.  While the program has gone largely as planned, there have been a couple of “bonus” advantages that we hadn’t fully anticipated.  One is that the chickens, while retired from their home farms because of reduced egg production, do indeed still produce some eggs when they come to Pine Island.  This meant that our growers were also able to sell eggs to people who came to purchase chickens.  The 8th grade son of our Rwandan farmer family took charge of collecting, washing, packaging, and selling more than 150 dozen eggs over the summer and early fall.  In addition, because the Pine Island gardens took off very successfully this summer, clients also usually bought significant quantities of fresh garden vegetables when they stopped by the farm.  Many went home with very full market baskets of food produced within 3-5 miles of where they live.

Because our seedling grant was significantly larger than we had originally expected, we will also be able to add a beekeeping component to the farm. One of our UVM summer interns carefully studied the options for adding bees to our program and we are working with experienced bee raisers in the area to launch a pilot program next spring. 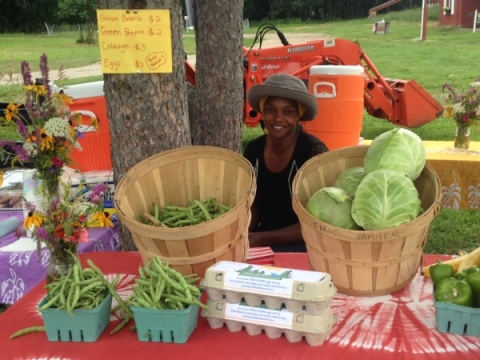 City Market’s support, through the Seedling Grant and community volunteer programs, have helped Pine Island Community Farm immeasurably.  We are deeply grateful for the multitude of contributions that have been vital to getting the farm off to a successful start and bringing more healthy, locally produced, and culturally appropriate foods to greater Burlington’s New American consumers.