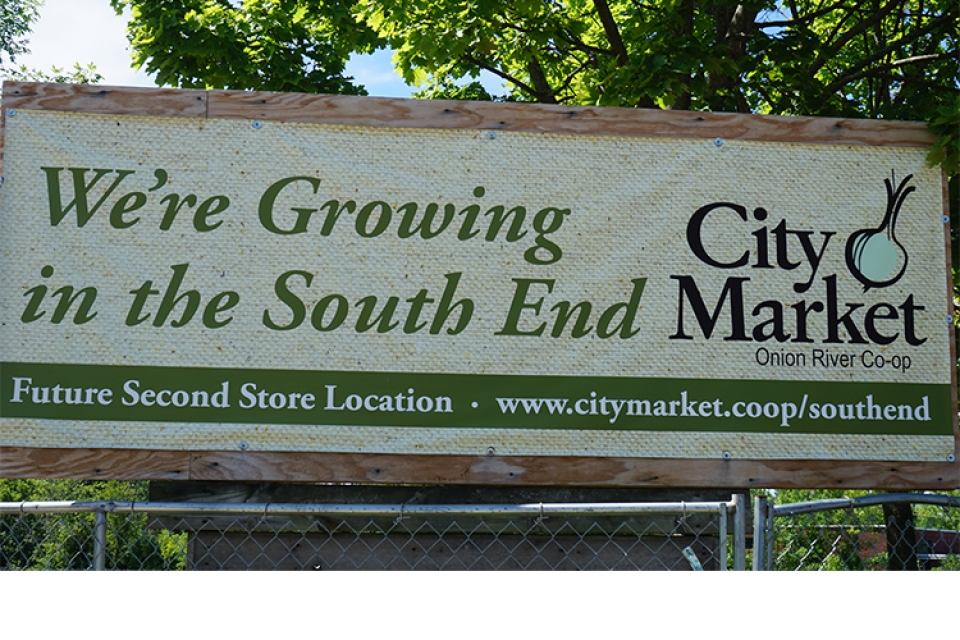 Burlington, VT – Last summer, City Market issued a Request for Qualifications (RFQ) for three murals on the exterior of the new South End store, set to break ground in late fall 2017 at 207 Flynn Avenue, Burlington. The murals are meant to continue the theme of making the Co-op welcoming to all Members and customers, as well as a way to celebrate the artistry of Burlington’s South End.

Twenty-four artists or teams of artists submitted responses to indicate interest in one, two or all three mural locations. The City Market team selected nine of these artists to create formal proposals for the South End murals. Now, the Co-op is asking the community to vote on their favorite three proposals to inform the final decision on which murals will become part of the South End Co-op. Voting began on Monday, March 27 and ends on Sunday, April 9.

Allison Weinhagen, City Market’s Director of Community Engagement, is enthusiastic about these murals for the South End store. “We’re excited that so many artists were interested in being a part of the South End Co-op. We encourage the community to tell us what artwork they’d like to welcome them to the South End Co-op. It’s hard to believe that we waited 11 years at the Downtown Co-op for Tara Goreau’s mural. We’re happy that our plans for the South End Co-op include outdoor art installations from day one! Tara will be working with us on the South End artwork as well. We will bring her artistic vision inside the store to assist us in creating some unique signage and messaging.”

The Onion River Co-op is a consumer cooperative, with over 12,000 Members, selling wholesome food and other products while building a vibrant, empowered community and a healthier world, all in a sustainable manner. Located in downtown Burlington, Vermont, City Market provides a large selection of local, organic and conventional foods and thousands of Vermont-made products. Visit City Market, Onion River Co-op online at www.CityMarket.coop or call 802-861-9700.