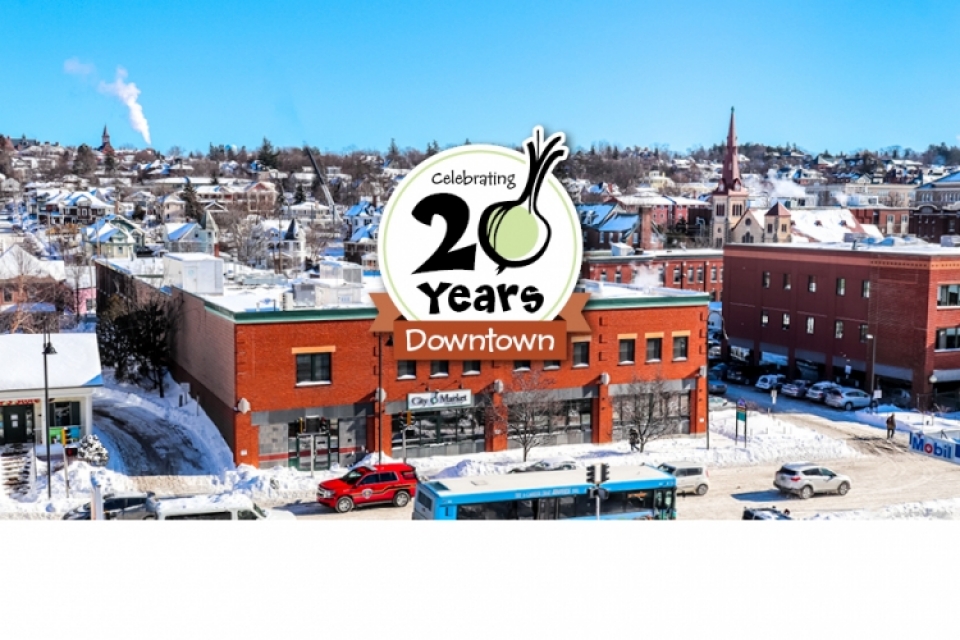 City Market opened the doors of our Downtown store in February 2002 – 20 years ago! To celebrate, we reached out to some of the folks who were there for our 2002 store opening and before, to hear stories about that major transition in the Onion River Co-op’s history. Recently, we sat down with Beverly Keim, a former Board Member and Board President who was active in Co-op governance through that transition. The interview below is edited for clarity and length.

How long have you been involved with the Onion River Co-op?

I joined, I think, the first week that I was in town – I’ve been a Member for 28 years! Only 28, so I don’t know the early days, I only know from when it was on North Winooski in the Old North End. I’m a newbie!

What was it like in the Old North End?

It was nice! Of course, then it was really all-natural stuff. Small. And if the Downtown store feels cozy now to people, which it does to me, it was really tight there in the Old North End, even though it had been a big increase in where they had moved from prior to that. But it felt really nice, it had a nice vibe.

It is amazing. In fact, I believe it was in around ‘98, ‘99 – there was talk from the Board about needing to expand the store. And I and some of my friends and acquaintances were thinking, “Who are these corporate-type people on the Board who want to move and get bigger and bigger?”

There was a membership meeting that Spring that I went to because I was interested to find out. And I was amazed to find I liked these Board Members! They sounded sane, they sounded like people I could sit and enjoy talking with. I learned that we had to move because it wasn’t safe in our current location. It was too crowded, and the staff couldn’t be safe. They didn’t even have enough room to safely stock everything. It was literally, physically an unsafe place. And since anyone can attend board meetings, I went to the next Board meeting, and then I went to all the Board meetings after that, and then I ran for the Board and joined the Board.

That’s great! I love that it’s accessible in that way, that you can just show up and by showing up, find your way into the whole process and really have a say.

I love that too! It’s not like it’s unique to co-ops – but it’s really wonderful that you can just go to the Board meetings. It’s very easy to have a voice in what happens. Not that any one person’s voice is going to carry the decision, but it’s a voice!

What role did you play in the transition from that Old North End storefront to our Downtown store?

Well, let’s see. I had been elected to the Board during the fall that the Burlington City Council had a series of meetings about which store to choose for a needed downtown grocery store. This whole idea of growing was something that predated that opportunity. So we already knew that we had to find a larger space and the question was where. The suggestion was put out that maybe we should consider going downtown. So we put our name in and went through that whole process.

The decision-making process was amazing at City Hall, and when the store opened a couple of years later, I was on the Board. I was on the Board for a total of six years, and not long after the store opened I became President of the Board. I’ll tell you, those were some scary times for the store. When we moved, I learned that in the grocery business, a general rule of thumb is that when you want to increase the size of your store, you want to increase by up to a maximum of about 2.5x your current retail square footage. And our move was 4x the retail square footage. It turns out, there are reasons for that kind of common wisdom. In other words, the management and staff who had all moved with the store were completely inexperienced with that size of an operation. We were very literally close to going out of business due to being swamped. What kind of saved us is that we had more business than we could handle. Things were flying off the shelves and the staff could hardly keep up. But, as problems go, that turned out to be a lucky problem for us to have. 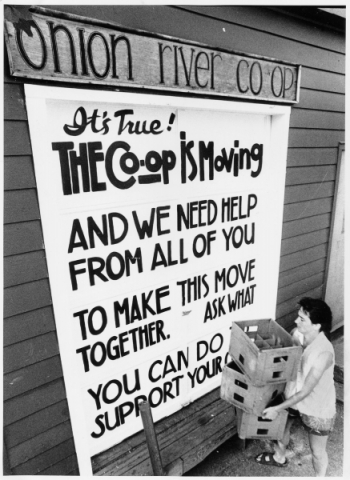 About the pushback when the decision was being made to choose the Co-op: Tons of community members on both sides of the issue showed up for the meetings at City Hall to choose a downtown store, and it was amazing to me some of the stuff people were saying, many of them very angry, very strongly opposed to the co-op. People lined up all around the walls at Contois Auditorium to speak, and the meetings were extremely long. But the City Council, to their credit, kept the meetings going until everyone had had their say. Those meetings were actually really helpful for the Board to understand what the real concerns were in the community and to begin getting ideas about how to address the concerns.

Honestly another debate at our store was whether to carry (hushed whisper) Coca-Cola!

What role do you feel the Onion River Co-op plays in the Burlington community?

I’m not sure how to put this so it doesn’t sound that I’m aggrandizing the co-op in any way that I don’t mean to, but I do mean to in another way. I think the Co-op is something like a heart for Burlington and for Chittenden County and to some extent a little bit for the state. What I mean by that is the physical sense: the heart is what pumps the blood, what keeps things moving. And what I think of with that metaphor is that – I’m sorry, I’m going to go off on a little tangent.

My dad came and visited me when I was still on the Board but no longer president, and we were more established in the new store. I had shown my dad these tinctures from Honey Gardens and he liked them, so we stopped in at their place on Route 7, where they were located at the time. They didn’t have a retail storefront or anything like that, but visitors were welcome to come in and walk around. So we were walking around and someone saw us and said “Oh, hello, can I help you?” It was the owner. I explained why we were there, and that I was on the board of Onion River Co-op and that we carry your stuff.

He perked right up! He proceeded to tell us that the Co-op had been critical for the success of his business when it was a start-up. As he told us, it was able to grow because Onion River Co-op was so ready to work with what he needed as a micro-business. He could keep bringing the product and getting paid to make more and keep supplying us.

Yes! Yes! It is awesome! And when you learn this kind of thing, you look at businesses a little bit differently. What does it take to have a small business and make a go of it? You start thinking about business in general and how businesses succeed. First of all, does a place want to have locally-owned businesses or not? Is there an advantage if businesses are locally owned or not? And I’m going to say yes, there is an advantage. Why? Because the money stays local. It raises all boats. And if you want to have locally-owned businesses, then you want to have a climate that is friendly to locally-owned businesses. To the extent that other businesses can have an influence, it’s a big deal when you’ve got one that’s friendly to new startups that are producing things here. So that, to me, is a big part of how Onion River Co-op is a pump – you see what I’m talking about now – keeping the dollars circulating locally.

Economically, another aspect is that we give a lot to local nonprofits in the area. Feeding Chittenden, the whole list of our Rally for Change partners – all the money that gets shared with the community this way. That’s huge.

You covered how City Market has impacted the community, but I was wondering how it’s impacted you.