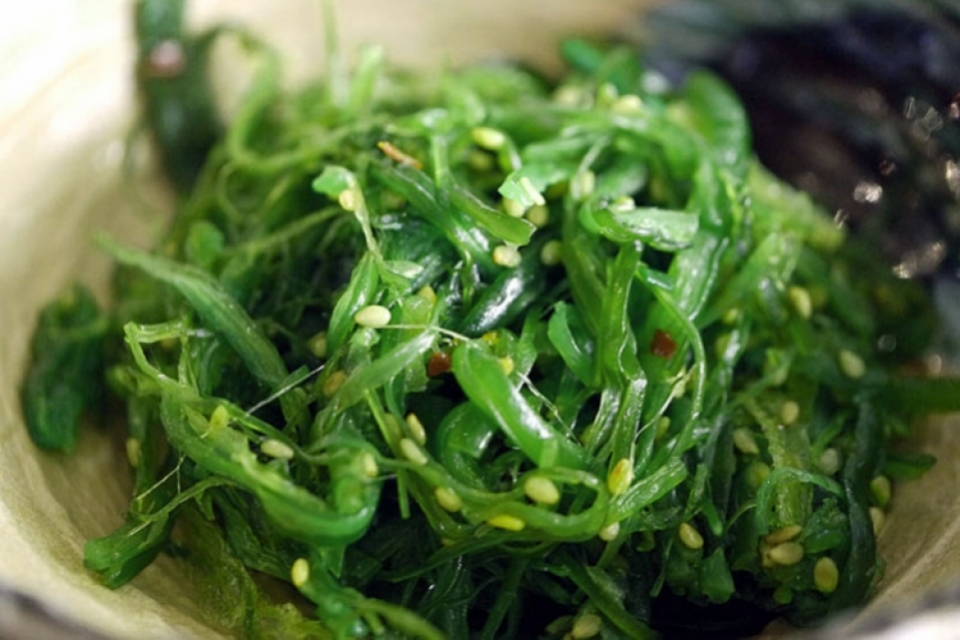 Look up “Food Trends in 2016” on the internet and I can guarantee you’ll see something on almost every list that says “seaweed is the new kale.”  Kale is still a nutritional powerhouse, but seaweed ups the game, with its vibrant color, chewy texture, and unique flavor.

Seaweed is formed from marine algae and comes in many forms and is organized by color – brown, green, or red. It can be high in protein, Vitamin B12, trace minerals, iodine*, and omega-3 fatty acids. Seaweed grows in salt water and doesn’t need any fertilizer to thrive.  It absorbs dissolved nitrogen, phosphorus, and carbon dioxide directly from the water, and grows and reproduces quickly.

Some common varieties include: 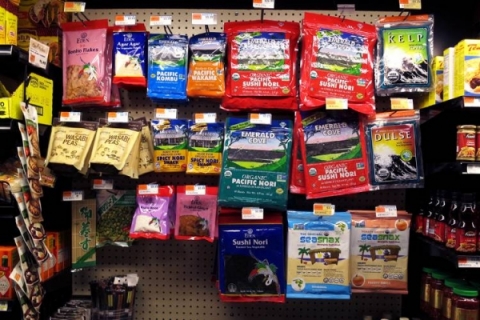 There is some concern about overharvesting wild seaweed, but there is a growing movement of seaweed farmers – people who tend to buoys with lines hanging down into the sea, which provides a place for seaweed to grow.  Farming seaweed can be a regenerative action – doing its small part to slow climate change (by absorbing carbon dioxide), restore ocean ecosystems (by taking up excess nitrogen and phosphorus in the water), and support coastal economies. 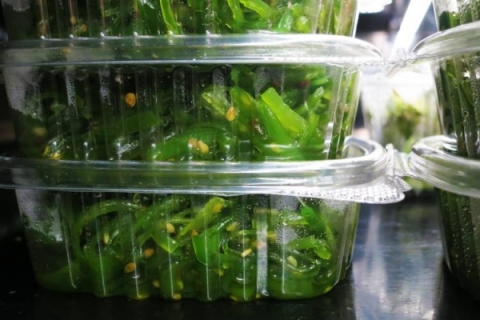 As our appetite for seaweed grows, there is also a group of seaweed farmers who have taken to growing seaweed indoors under artificial light, which provides more control over fine tuning the nutrient content of the water and allows year round growth, although scaling up to supply commercial markets is difficult. At Oregon State University, scientists created some media excitement when they announced that they had created a new strain of dulse seaweed that tasted like bacon when it was cooked.  Discoveries like this could be just the next step in increasing the amount of vegetables and fruit we willingly eat.

Generally speaking, seaweed is an acquired taste. Not everyone is going to like the oceany flavor or the somewhat slimy texture of fresh seaweed.  However, seaweed is rich in glutamate, a compound that imparts umami (the fifth taste), so it can really add a depth of flavor to dishes. If you’re interested in trying seaweed, maybe start with some seaweed snacks, like Annie Chun’s or Sea Snax, that are dried and crunchy and a good alternative to chips.  Or try adding some as a seasoning to soups or salads to build your acceptance of the taste. 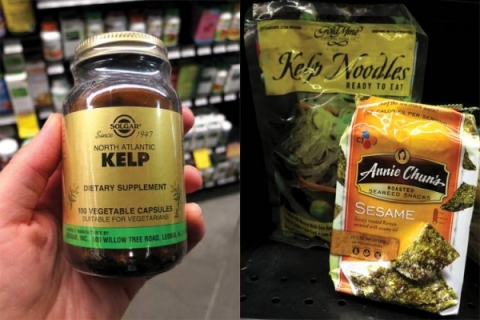 Seaweed is still an underdog in the American food industry, but the more people learn about it, and the more the supply grows, we’re betting it’ll give kale a run for its money.

*Note: Seaweed can be high in iodine, so be careful about consuming too much, as too much iodine in your diet (more than 1,100 mg per day) can cause thyroid dysfunction.  As long you only eat seaweed in moderate amounts (such as eating seafood snacks or using it in soups or as a seasoning), you should be fine (and iodine in small amounts is generally good for thyroid function).  As always, if you are concerned, please consult with your healthcare provider first.