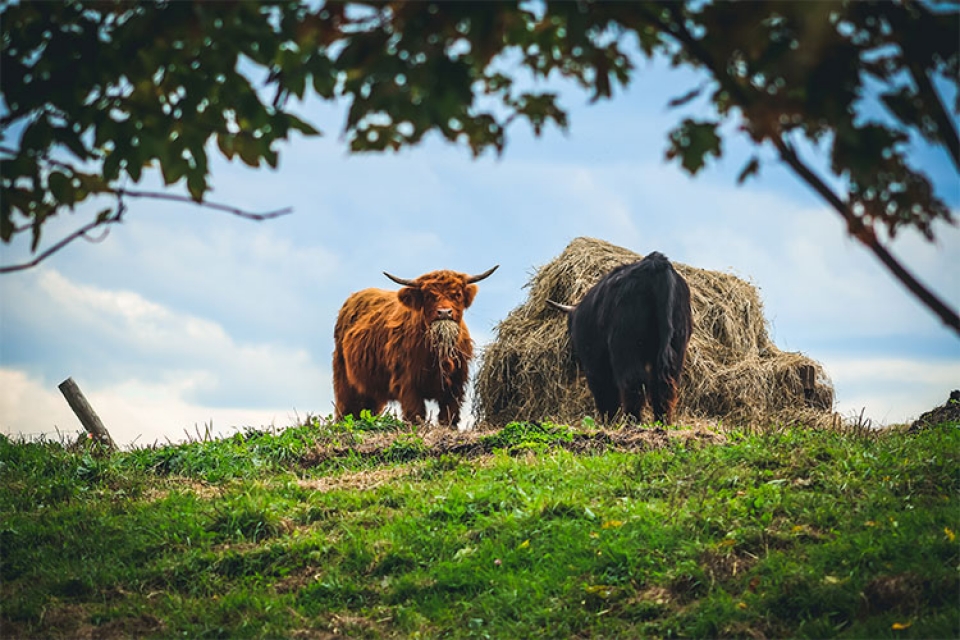 A few weeks ago, a group of City Market staff had the opportunity to visit two local farms: Greenfield Highland Beef in Plainfield and Maple Wind Farm in Richmond. One of the amazing educational opportunities that are provided for staff at City Market is the chance to get out of the office and into the fields to see where some of our products come from. With visiting our local vendors, we get to see first-hand some of the challenges they experience but also the passion, hard work, and love that goes into their daily operations. 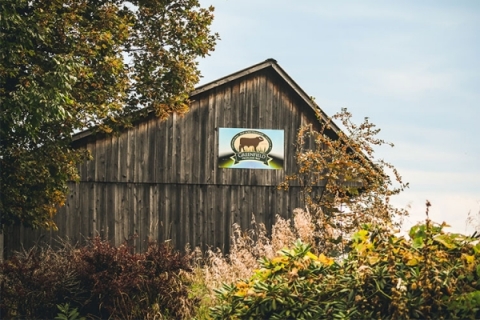 Our first stop of the trip was to Greenfield Highland Beef where upon arrival we were instantly greeted by Peeka (the family dog), Janet and Ray, who own and operate the farm. The farm has been in Ray’s family since 1967 and currently has 150 animals on the farm. Right from the beginning, you could tell how much joy and love both Janet and Ray share for the land and animals that they work with every day. We walked down a little hill to a field where 15 or so Highland cows greeted us with long stares and little chatter (which we later found out was a good thing). It was then that Janet started naming off the cows, which included names like Butterscotch, Raisinette, Raisin Brandy, Caylea, and Vickie, just to name a few. 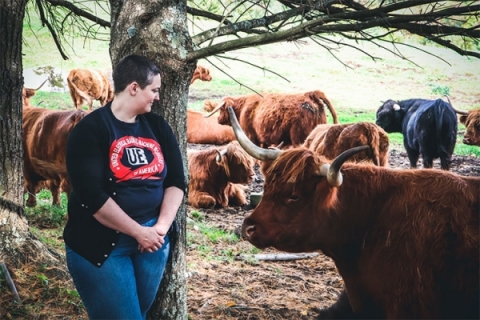 One thing that was quickly noticed was that there was only one piece of fencing wire between the animals and us, so the question was asked, “Does this fence really keep the animals in?” To which Janet and Ray both responded with “The best fence is a full stomach.” After showing us around the farm and land for a few more minutes, Janet welcomed us into her home for a delicious lunch which included a BBQ Chuck Roast that had been cooking in the crockpot since the morning, some fresh pear pie, and local apple cider. As we enjoyed our lunch, we went around and shared what each one of us did at City Market, and while our discussion was cut short due to some light rain moving in, we all left with full stomachs and so much gratitude and appreciation for Janet and Ray.

After making our way down some back roads, dodging pot holes, and cranking the heat to take the chill out of the air, we arrived at Maple Wind Farm in Richmond. Maple Wind Farm is a pioneering farm that has around 2,000 chickens and 500 turkeys that live in coop houses that move daily. Their animals are not treated with antibiotics or artificial growth hormones and while not certified organic, they use a GMO-free grain for supplemental feeding. 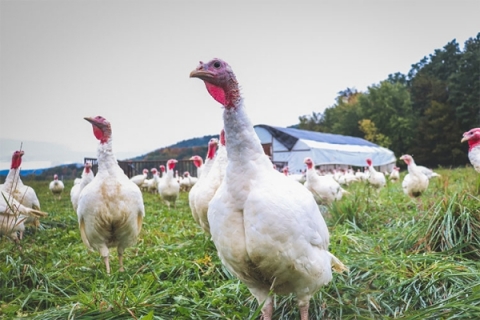 This personally was my second time visiting with Beth and Bruce, who have owned and operated Maple Wind Farm since 1999. Soon after we arrived, our group got to take a look at their on-farm, state inspected poultry processing facility, which consist of a couple large shipping containers that have been modified (many times) to accommodate their needs. We then made our way into their warehouse where they had recently built a new enclosed cutting room that allows them to cut and clean their birds at a much higher rate which results in the ability to sell more product but also safer working conditions for their employees. 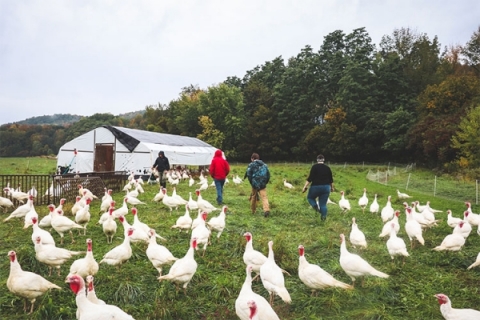 We ended our visit walking in the fields where we said hello to their turkeys and chickens. Both live outside in separate fields, and while the turkeys have full access to pasture, their chickens are housed in a mobile coop that protects them from predators but does get moved daily.

Once again, thank you to Janet, Ray, Beth, and Bruce for taking the time out of your day and for showing us around your farms. It’s clear to me that we live in a community that truly values hard work, dedication and also providing healthy and nutritious food for Vermont and beyond. Stay tuned for a recap of our next vendor visit to Equal Exchange later this month!