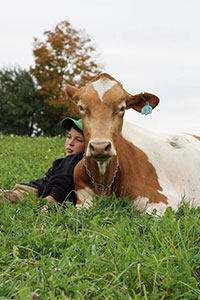 Intervale Cooking Series: Summer Appetizers from the Republic of Georgia