Why is it so hard to reform our food system?  Perhaps because so many different arms of the food industry need time and attention.  Take food waste, for example.  It’s neither glamorous nor obvious, but it is starting to become a leading actor in conversations about food system reform.  Why?  Because not only does food waste affect how we approach hunger, it also affects our land use patterns and climate change.

We frequently hear large agribusinesses argue that we need to produce evermore food (60% more, give or take) to feed the estimated 9 billion people that will inhabit our planet by the year 2042.  But the United Nations’ Food and Agriculture Organization recently released a study that states we could minimize the need to increase food production if we could achieve lower rates of food waste.  Other key facts released in the study: on a global scale, we waste 1/3 of the food we produce (approximately 1.3 billion tons wasted per year); that waste costs us $750 billion each year; and it uses the same amount of water as the annual flow of Russia’s Volga River and releases 3.3 billion tons of greenhouse gases annually! 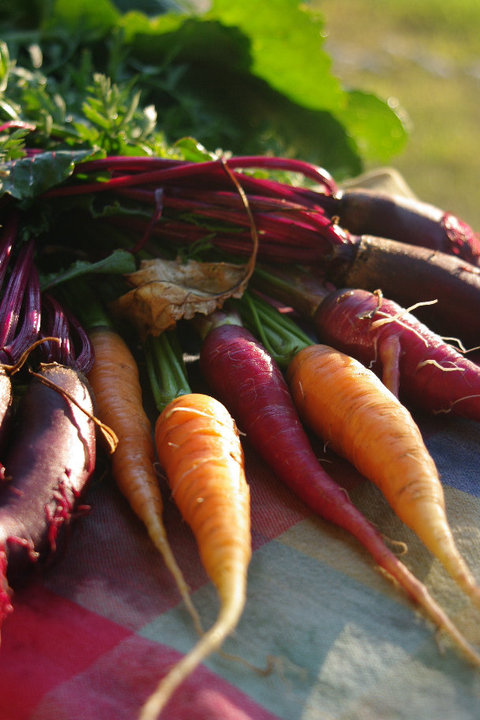 In the US, the Natural Resources Defense Council (NRDC) released a study in 2012 that showed that 40% of food in the US goes to waste, costing Americans $165 billion per year.  That waste then accounts for ¼ of the methane emissions generated by our country when it decomposes in the landfill.  This is especially tragic since one in six Americans is food insecure, meaning they do not know where their next meal will come from.  If we were able to decrease food waste by 15% in the US, we could feed an additional 25 million people per year.

These statistics show the enormous potential we have for reforming a major aspect of our food system.  Closer to home, City Market’s Facilities Department has made it a priority to decrease the amount of waste we produce and to work on diverting as much waste as we can to recycling and composting.  In terms of food, whatever can be salvaged is donated to the Chittenden Emergency Food Shelf for use in their prepared foods, and we try to convert as much food waste to compost as possible.  In FY 2011, we sent 59 tons of compost to CSWD.  In FY 2013, that number had grown to 233 tons of compost.  At the same time, the amount of waste we send to the landfill has been steadily decreasing.  In FY 2011, landfill waste comprised 31% of our total produced waste and in FY 2013, landfill waste comprised only 20% of our total produced waste.  For a more detailed look at our waste reduction efforts, check out this blog post from last year. 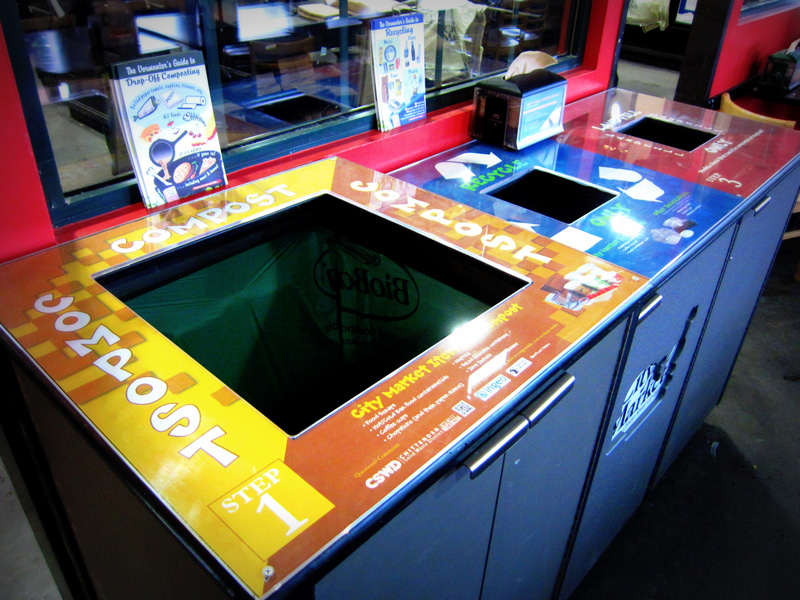 In addition to food waste, we’ve made a conscious effort to also increase our recycling of film plastics (shrink wrap, plastic wrap, etc). We’ve partnered with the company Reverse Recycling to collect all of our discarded film plastic which is then sent back on our distributor’s trucks to be recycled.  Not only does this decrease the amount of plastic entering the landfill, it also increases our fossil fuel efficiency, as the distributor’s truck is no longer returning to the warehouse empty.  Lastly, perhaps our most visible effort to decrease waste is our Change for Local Non-Profits program.  We encourage customers to use their own bags and containers when shopping, and as an incentive, for every reusable bag used at checkout, we donate 5 cents to a local non-profit.

We’ll continue to work to minimize our waste, and we encourage everyone to do their part.  Here is some food for thought:

For more ideas about how you can decrease your food waste footprint, click here.