Welcome to August! Late summer is a special time for our Produce department. Every day it is filled with bright, fresh new products from farms all over Vermont and beyond. With such bounty upon us, I wanted to shine light on some of our lesser-known veggies. Who knew linga linga would be a such a great addition to a stir fry? Or that some types of lettuce are grown for their delicious stalks? Here's the lowdown on some of our new favorites this season. 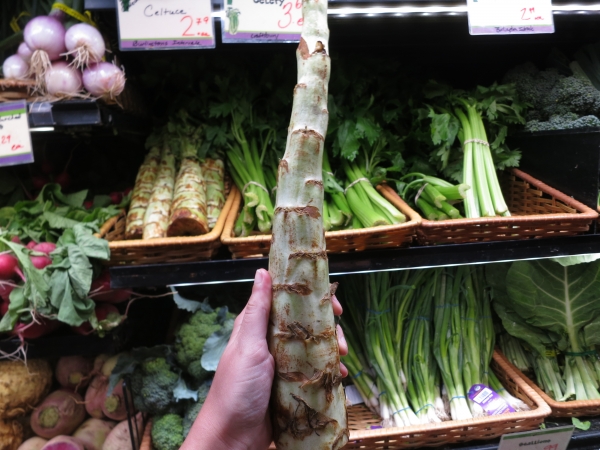 What is it? If asparagus and romaine lettuce had a little veggie child, celtuce would be it. Known also by the names celery lettuce, stem lettuce, and Chinese stem lettuce, celtuce is in the lettuce family, although grown for the stalk rather than the leaves.  The stalk has a nutty flavor, and can be enjoyed raw or cooked. The leaves are perfectly edible as well, although they can be on the bitter side so I recommend cooking them down.

What is it? Also known as callaloo, linga linga is a variety of the amaranth plant. It is a leafy vegetable that is great in just about any recipe that calls for greens.  To prepare it, the stems should be removed, but then the leaves can be enjoyed fresh, sautéed, or stewed. We love that  we are able to source linga linga locally from the Burundian Farmers Cooperative in Burlington, VT. 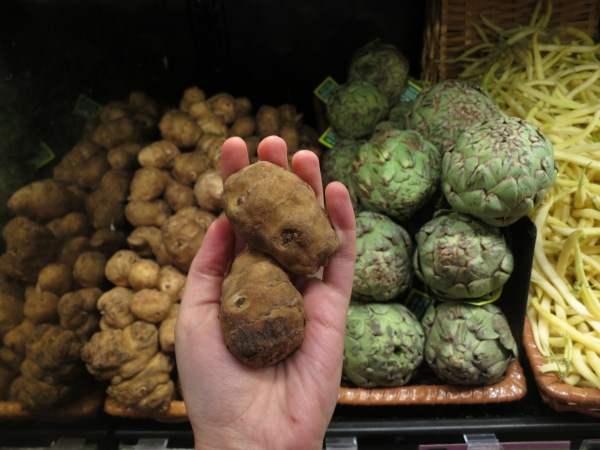 What is it? Sunchokes, also known as Jerusalem artichokes, sunroots, earth apples, or topinambours, are the roots of a type of sunflower native to North America. They were commonly grown by Native American groups and also widely adopted by European groups in America. They are nutty and a bit bitter to taste, and are particularly great in soups. They can be eaten raw, although it is recommended to ease up slowly in how much you eat at once. Sunchokes are very high in inulin, which is well-known as a prebiotic. Inulin is not digested by humans, but helps healthy gut bacteria to flourish. If eaten in too high amounts in its raw form, inulin can cause digestive upset. Ease in slowly! Cooking the sunchokes will break down the inulin. 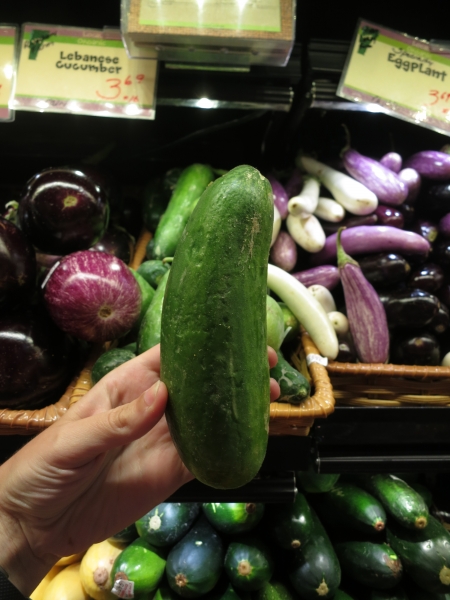 What is it? Lebanese cucumbers are a variety of cucumbers that are smaller in size and smoother in texture than other varieties. They are almost seedless, which makes them wonderful to eat plain and raw. With a high water content, they are very refreshing to eat on hot days! 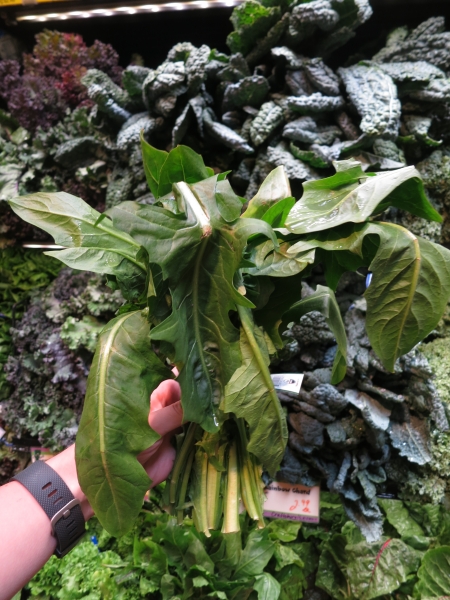 What is it? Dandelion greens are a bitter green that belongs to the sunflower family. To eat them, it is best to give them a quick blanching to help remove any astringent taste. Then, use on sandwiches, salads, in soups & stews, or any other recipe that you desire. To keep dandelion greens freshest, store them in the low-moisture drawer of the refrigerator.

Want to learn more about eating and cooking in season? Check out our community class schedule for exciting learning opportunities.