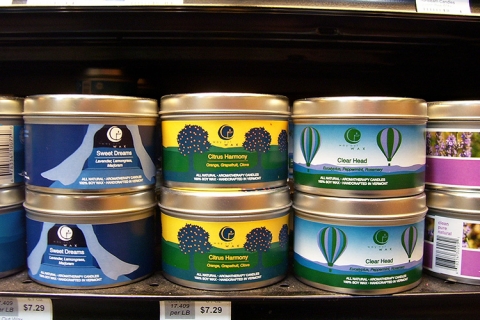 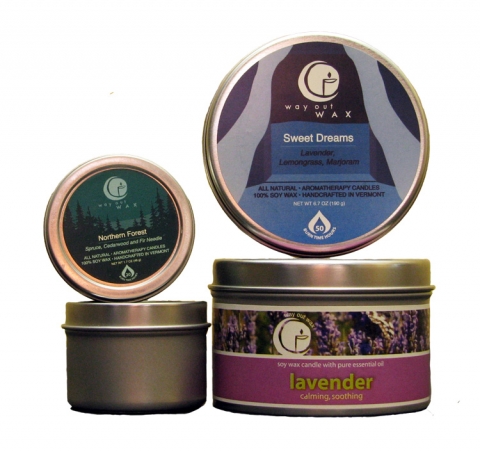 Way Out Wax began in 1992 when owner Jim Rossiter began selling "dip your own" candles and Kaleidoscope candles.  However, in 1995, the company switched from creating colored candles (candle dyes contain toxins that are released into the air when the candle is burned) to creating aromatherapy candles.  The wax used by Way Out Wax is 100% soy and biodegradable. In addition to candles, Way Out Wax also produces bug repellents and air deodorizers.