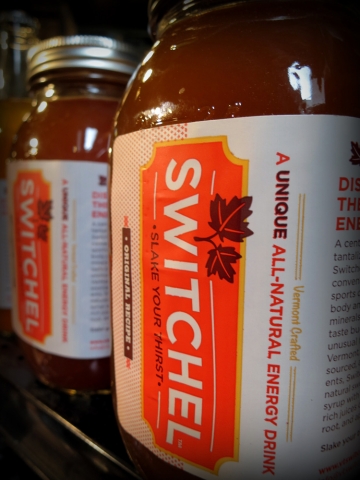 Vermont Switchel is owned and operated by Susan Alexander.  Switchel is a beverage made of maple syrup, apple cider vinegar, lemon, ginger, and molasses, and it was historically used by farmers to quench their thirst and replenish their energy during the long, hard days of haying.  Susan first learned about and tried switchel at a gathering of her husband's side of the family (her husband is a 7th generation Vermonter) and was hooked.  She now sells Vermont Switchel in stores throughout New England and online.  You can find Vermont Switchel in our Produce Department!