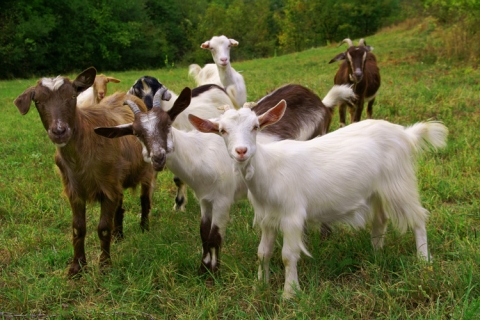 Vermont Chevon was founded by Shirley Richardson and Jan Westervelt in 2011 to create value for surplus Vermont dairy goats by contracting with finishing farms to raise those goats (males, older goats, and extra does) for meat.  The term "chevon" means goat meat, and chevon is an alternative red meat that is lower in fat and cholesterol than most other meats. Did you know that chevon is actually the most widely consumed meat in the world, making up almost 70% of the red meat consumed worldwide?  Goats can also play an important ecological role, as they eat a number of invasive plants, are good grazers, and leave a relatively small environmental footprint.

You can find Vermont Chevon in our Meat and Seafood Department!