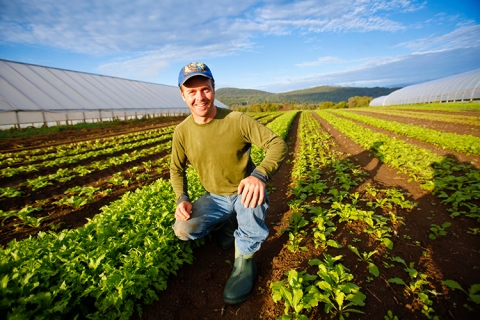 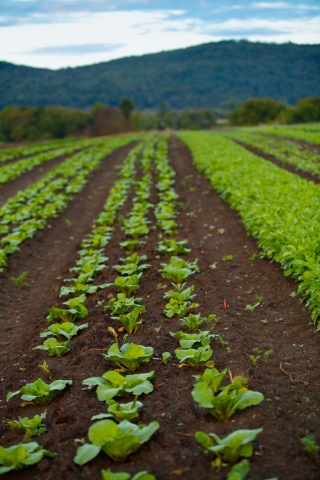 Pete Johnson’s career in farming started when he was 9 years old with a thriving pumpkin business in Greensboro, VT. The precocial farmer attended Middlebury College and then moved back to the Northeast Kingdom to find land for Pete’s Greens.  Started in 1995, the certified organic farm in Craftsbury, VT has become something of a poster child for the localvore movement and Vermont farms. The farm has been profiled in The Christian Science Monitor, The New York Times, NPR, The Boston Globe and on Dan Rather Reports.

Pete and his crew raise a wide range of produce and pastured meats which they sell through a “Good Eats” CSA, at their farmstand, restaurants throughout the state, at the Montpelier farmers’ market, and through wholesale accounts like City Market.  The farm is a "4-season farm" where they grow and store many vegetables through the winter. Theirs are some of the first salad greens we see on our shelves in the early spring.  Pete, inspired by localvore enthusiasm for local food says, “Vermont can feed itself!”