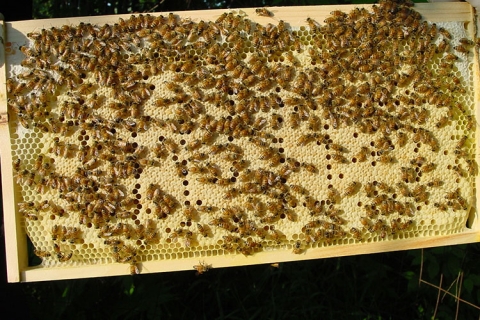 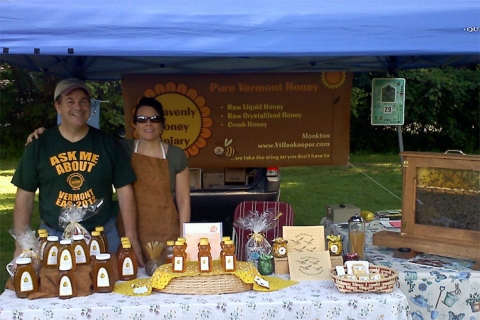 Heavenly Honey Apiary (HHA) is a family run sideline-business located in Monkton Vermont. This apiary is a producer of unheated and unfiltered, raw honey from Addison and Chittenden counties. As resources allow, they also provide other products created from the hive such as bee pollen, propolis and beeswax. HHA began keeping honey bees in 2007 as a husband and wife team looking for a hobby in preparation to become “empty-nesters”. Scott Wilson and Valarie Wilson are actively involved in beekeeping efforts in the Vermont community, learning and teaching good beekeeping practices. As such they have both held director position on the Vermont Beekeepers Association Board (VBA), and as of 2014, Scott is currently the Vice President for the VBA.