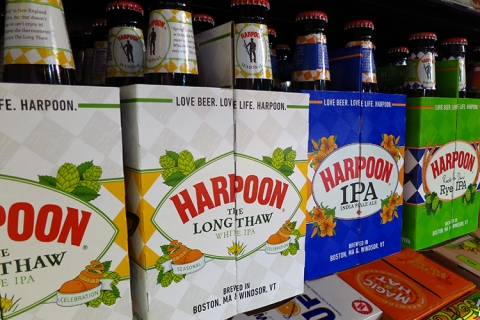 Harpoon Brewery was started in 1986 in Boston, MA by three friends: Rich Doyle, Dan Kenary, and George Ligetti.  In 2000, they opened a second brewery in Windor, VT to increase production to meet demand.  The malt used in production is produced in North America and the hops used originates from the Pacific Northwest.  Harpoon Brewery produces a number of different lines of beers, including Harpoon, UFO, 100 Barrel, and Leviathan, as well as 3 different kinds of hard cider.