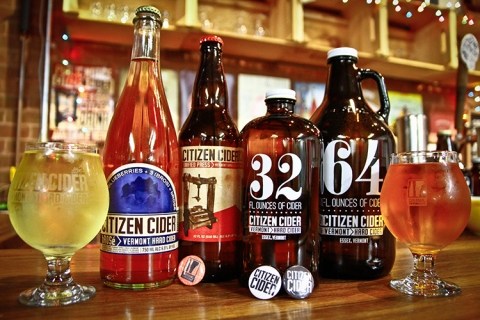 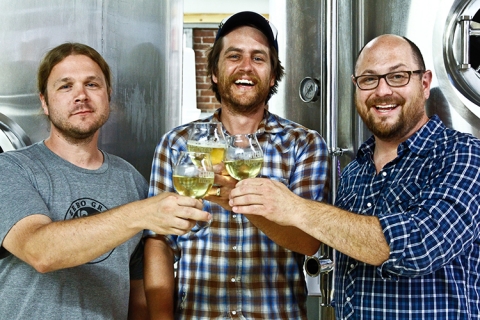 Citizen Cider is a local cidery, currently located in Burlington along the Pine Street Corridor.  Citizen Cider was founded in 2011 by 3 friends, Justin Heilenbach, Bryan Holmes and Kris Nelson.  In 2011 and 2012, Citizen Cider's flagship variety, Unified Press, was released and quickly gained rave reviews.  The apples for the cider comes from Happy Valley Orchard in Middlebury, VT.  The three friends have since expanded to more varieties in addition to Unified Press, including bROSe, The AMERiCRAN, The Dirty Mayor, Dry-Hopped, Bourbon Barrel-Aged, and Cidre Bourgeois.  They also produce special batches from time to time.