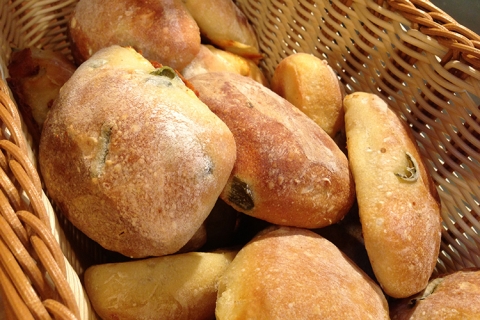 August First is located in downtown Burlington in a big renovated garage.  The open space allows customers the chance to see the bakers in action, making European-style breads and pastries. In addition to their storefront, August First also employs bread deliveries via bicycle around Burlington.  The bakery is owned by Phil Merrick and Jodi Whalen, and the name of the bakery comes from a poem titled "August First," written by Hayden Carruth. Phil and Jodi also like the name because they wanted their bakery name to resonate "warmth." And, by a happy coincidence, August 1st was the date of a harvest festival in early Europe called Lammas, which celebrated the annual wheat harvest.  We carry a number of different August First breads in our Bakery Department.