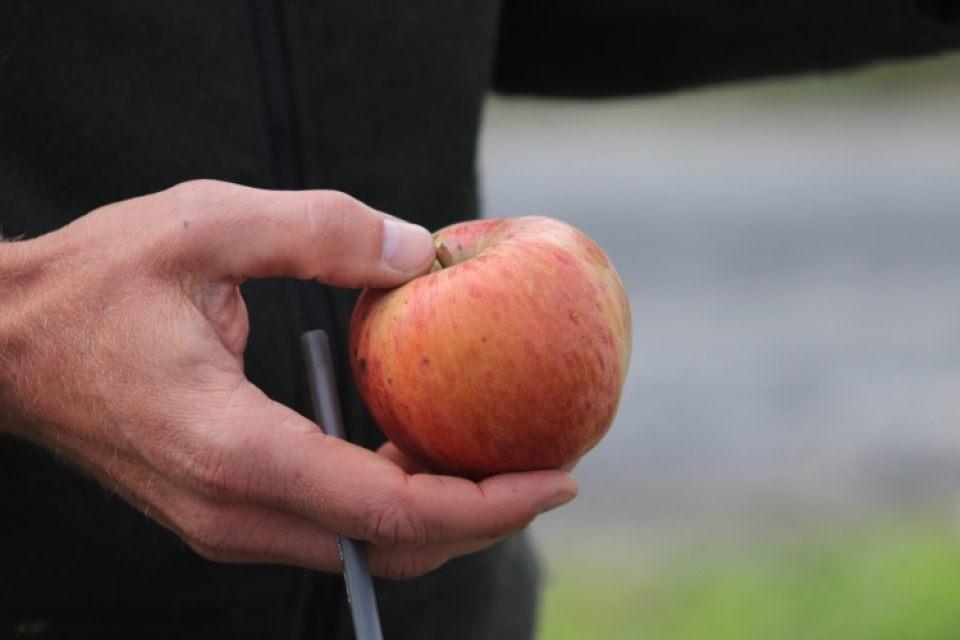 Did you know that the apple is the official state fruit of Vermont? According to the Vermont Tree Fruit Growers Association, our little state produces around 1,000,000 bushels of apples annually which equates to about 40 million pounds. While over fifty percent of apples produced are McIntosh, more than 150 varieties are grown on roughly twenty apple orchards throughout the state.

One of these orchards alone grows 104 varieties, Champlain Orchards in Shoreham Vermont. As outlined on their website, they are, “a family owned & ecologically managed orchard overlooking Lake Champlain in Shoreham, Vermont. As one of the oldest continuously operating orchards in Vermont, we take pride in growing over 100 varieties of apples, as well as peaches, pears, plums, cherries, nectarines, and berries. We are careful stewards of our land and grow our fruit following strict Eco Apple requirements while striving to minimize our carbon footprint and sustainably contribute to our community.”

We were lucky enough to hear from Bill Suhr, founder and owner of the 60 acre orchard last week at our quarterly discussion series, The Dish at ArtsRiot. Bill was joined by cider makers, orchardists, and agronomists from throughout the state as part of a kick-off to Vermont Cider Week. Alongside Bill were Eleanor Leger of Eden Specialty Ciders, Kris Nelson of Citizen Cider, Colin Davis of Shacksbury Cider, and Terry Bradshaw of UVM. 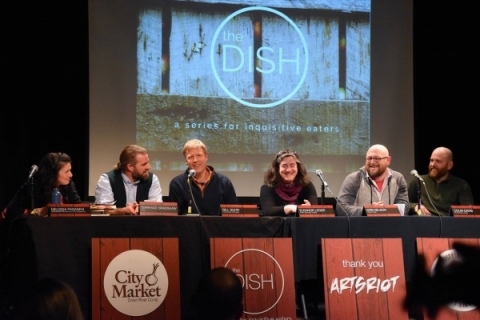 Our panelists discussed the economics of apple production, the role of value added products like hard cider, sourcing options for local and regional cider apples, and the role that apples (and their many by-products) play in preserving Vermont’s working landscape.When it came time for Q & A, audience members inquired about the aging farmer population in our state, the transition to commercial cider making, the availability of heirloom apple trees, and the future of “craft cider.”

With over a dozen Vermont cider makers and many more orchardists, it is clear that our state fruit plays a critical role in our agricultural economy. From locals descending on the PYO orchards in fall to out-of-towners visiting for craft beer and cider tours, our mighty state fruit is certainly not done making its mark.

Be sure to check out the local apple and cider varieties next time you’re in the store. Maybe you’ll even get to pick the brain of our very own Apple Guru.

Local Food
The Dish
Local Cider
Made in Vermont